The Global Leadership Summit is your opportunity to gain access to a wealth of leadership insight from a world-class faculty ready to equip and inspire you—no matter where you have influence.

Now more than ever, when you grow in your leadership, you can withstand difficult seasons, re-imagine the future, strengthen your relationships, improve your business, and provide hope to your community through effective charity or church engagement.

This year, the Summit will be Available Online!

With the uncertainty of gathering in-person, the GLS will be transformed into an ONLINE experience. Hosted LIVE, direct from the stage in Chicago, with 15 influential leaders, over 2 days, it’s shaping up to be a dynamic, value-infused leadership event. The Summit is known for excellence – and this year will be no exception. You can expect a couple of powerful days, with interactive opportunities and the same inspiring creative elements.

LIVE from the stage, our diverse Summit faculty will deliver a unique blend of vision, inspiration, and practical skills you can immediately apply. They’ll tackle some of the biggest leadership challenges in 2020: 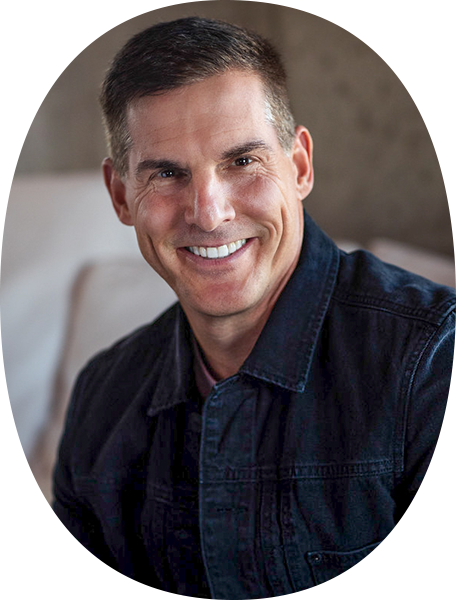 Craig Groeschel is the founder and senior pastor of Life.Church, an innovative church meeting in multiple U.S. locations and globally online.  Known for its missional approach utilizing the latest technology, Life.Church is the creator of the YouVersionBible App—downloaded in every country worldwide.  Groeschel was named in the top 10 US CEO’s for small and midsize companies by Glassdoor. Traveling the world as a champion of The Global Leadership Summit, Craig Groeschel advocates to grow leaders in every sector of society.  He is the host of the Craig Groeschel Leadership Podcast with over 1.5 million downloads a month and a New York Times best-selling author.  His latest book is Hope in the Dark. 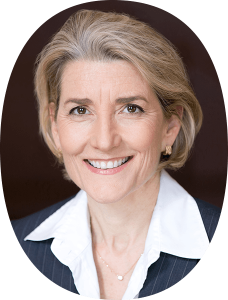 Amy Edmondson has been recognized by the biannual Thinkers50 global list of top management thinkers since 2011. She is the author of four books, including Teaming: How Organizations Learn, Innovate and Compete in the Knowledge Economy, exploring why teamwork is so important in today’s organizations—and why it is so challenging. Her most recent release: The Fearless Organization: Creating Psychological Safety in the Workplace for Learning, Innovation, and Growth offers practical guidance for teams and organizations who are serious about finding success in today’s modern economy. 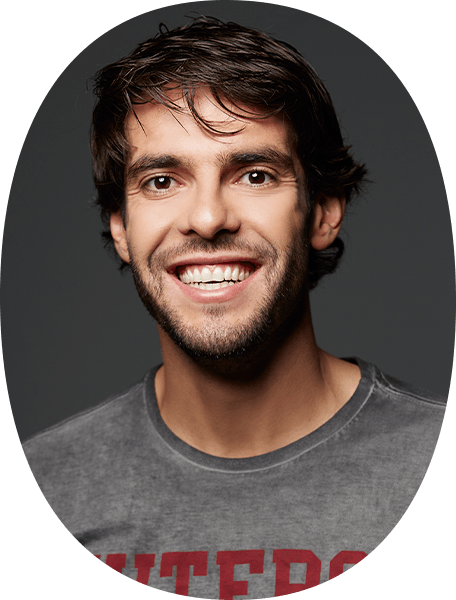 A Brazilian football (soccer) legend, Ricardo Izecson dos Santos Leite, famously known as Kaká, is one of only eight players in history to have won the Ballon d’Or, the FIFA World Cup, and the UEFA Champions League. As the first sportsperson to amass 10 million followers on Twitter, he is considered one of the most famous athletes in the world. Starting his professional career as an attacking midfielder at the age of 18 with the Brazilian football club, São Paulo FC, he quickly became a critical member of the Brazilian national team. Before retiring in 2017, Kaká, spent most of his famed career with AC Milan and playing for Real Madrid. Additionally, he captained the inaugural campaign of the MLS’s Orlando City Football Club as its first designated player. Throughout his career, Kaká’s leadership on the field has earned many awards and achievements including the Ballon d’Or, FIFA World Player of the Year, MARCA Legend Award and AC Milan Hall of Fame. Listed to Time’s 100 Most Influential List for two consecutive years, he is also a UN Ambassador for the World Food Programme. 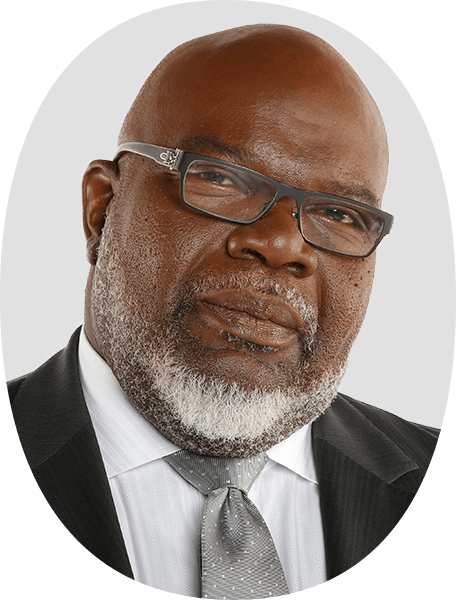 T.D. Jakes has a proclivity to disrupt the status quo, and is one of the most globally-recognized influencers in business, education, film and entertainment. With his earnest approach, Jakes has been able to reach millions of people from all socioeconomic backgrounds, races, nationalities, and creeds. Senior pastor of The Potter’s House, a global humanitarian organization and 30,000-member church, Bishop Jakes’ presence spans digital media, film, television, radio and books, including his most recent book, Crushing: God Turns Pressure into Power. 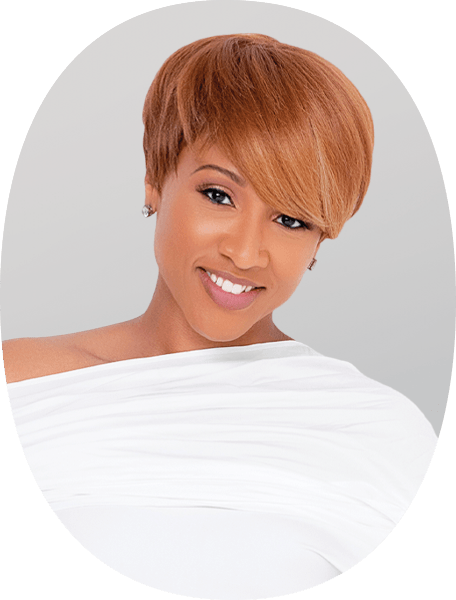 As the Head of Global Faith-Based Partnerships at Facebook, Nona Jones leads the company’s work with faith-based organizations around the world. Jones was appointed to an executive role with a Fortune 100 company at only 23 years old. Since then she has led award-winning initiatives in public affairs, brokered multi-million-dollar business deals, addressed the United Nations and championed juvenile justice and education policy reform in the halls of Congress—all under the age of 35. Jones is a rare combination of preacher, author, business executive, entrepreneur, media personality and worship leader. She has been profiled by ESSENCE Magazine as an “Under 40 Woman to Watch” and has been featured on TBN, CBN News and The Word Network. Her new book, Success from the Inside Out, helps leaders choose not just empty success, but fulfilling success. 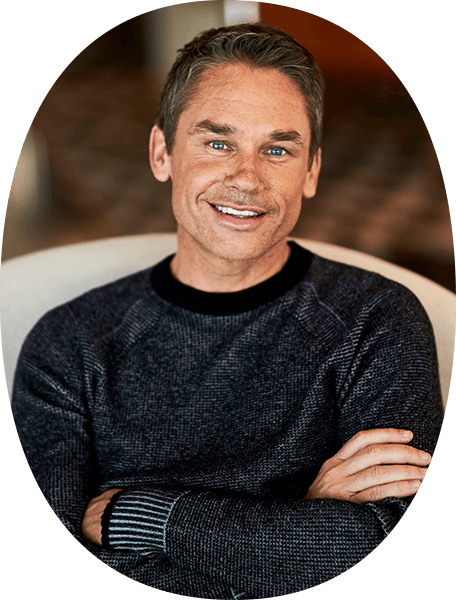 Marcus Buckingham is a global researcher, thought leader and leading expert on talent, focused on unlocking people’s strengths, increasing their performance, and pioneering the future of how people work. A former senior researcher at Gallup Organization, he now guides the vision of ADP Research Institute as Head of People + Performance. He is the author of nine books, including First Break All the Rules, and Now Discover Your Strengths, two of the best-selling business books of all time. His latest release— Nine Lies About Work: A Freethinking Leader’s Guide to the Real World —takes an in-depth look at the lies that pervade our workplaces and the core truths that will help us change it for the better. 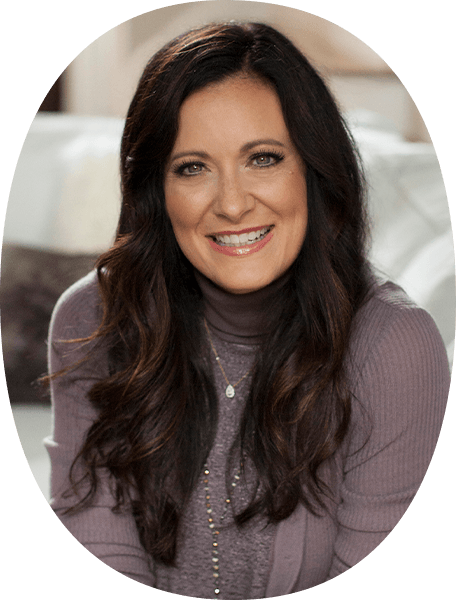 Reaching millions of people through her writing and teaching, Lysa TerKeurst is the President of Proverbs 31 Ministries and founder of COMPEL Writer Training. Lysa has been published in many publications, featured on Fox News, Opra and The Today Show and has been awarded the Champions of Faith Author Award. The best-selling author of more than 20 books, her most recent release is, It’s Not Supposed to Be This Way: Finding Unexpected Strength When Disappointments Leave You Shattered. 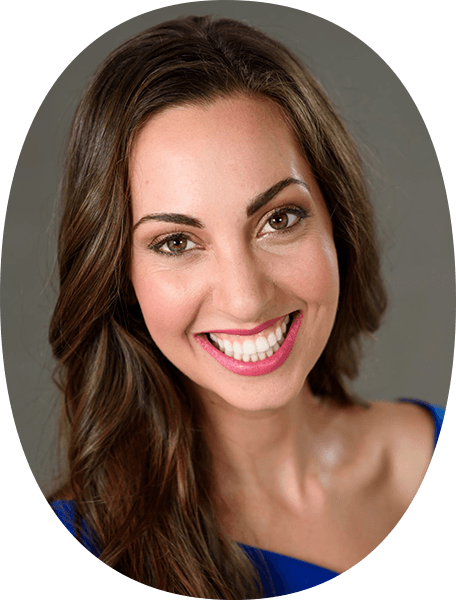 Vanessa Van Edwards is the lead investigator at the Science of People—a human behavior research lab, whose goal is to use the latest scientific research and trends to help leaders master their people skills. Her innovative work has been featured on CNN, NPR, Fast Company and Entrepreneur Magazine and she regularly speaks to innovative companies including Google, Facebook, Comcast, Microsoft and Penguin Random-House. Van Edwards has developed a science-based framework for understanding different personalities to improve our EQ and help us communicate with colleagues, clients, and customers and is the bestselling author of Captivate: The Science of Succeeding with People. 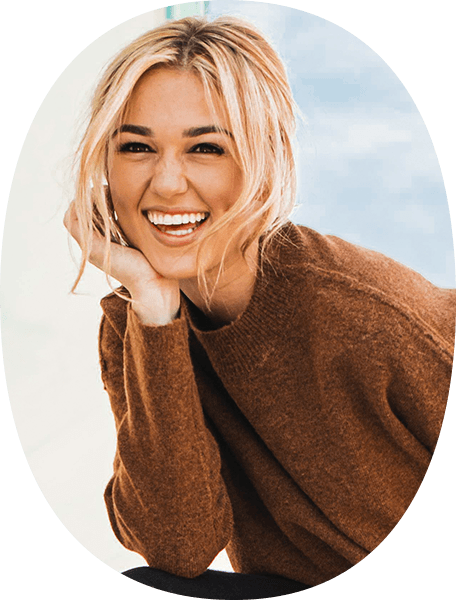 A role model for her generation, Robertson shares messages of hope through her writing, Live Original speaking tour, social platforms and media appearances. Robertson’s podcast, WHOA, That’s Good, reached more than a million unique downloads after only 15 episodes, her blog has reached more than 2 million people in over 195 countries, and her Instagram posts reach 3.3 million. Robertson’s entrepreneurial spirit and flair for fashion has led her to develop a line of prom dresses with designer Sheri Hill and new clothing for her Live Original brand. Committed to philanthropy, she launched a campaign to inspire her generation to make a difference—her current focus being ending world hunger in partnership with organizations, including World Vision. Her books, Live Original and Live Fearless, made it to the New York Times bestseller list, and her most recent release is LIVE: remain alive, be alive at a specified time, have an exciting or fulfilling life. 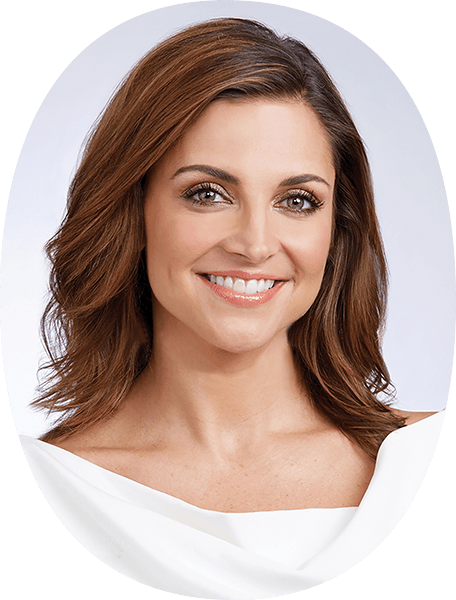 Paula is an Emmy Award-winning journalist, Senior National Correspondent at ABC News and host of the popular podcast Journeys of Faith with Paula Faris, which gives an intimate look at how some of the world’s most influential people lean on faith and spirituality to guide them through the best and worst of times. Previously, Faris was the co-anchor of Good Morning America weekend edition, as well as a co-host of ABC’s The View. Paula returns to The Global Leadership Summit stage for the second year as our notable GLS interviewer. She will also share her leadership journey in the high stakes world of broadcast journalism as well as leadership insights from her recent book release, Called Out, Why I Traded Two Dream Jobs For a Life of True Calling. 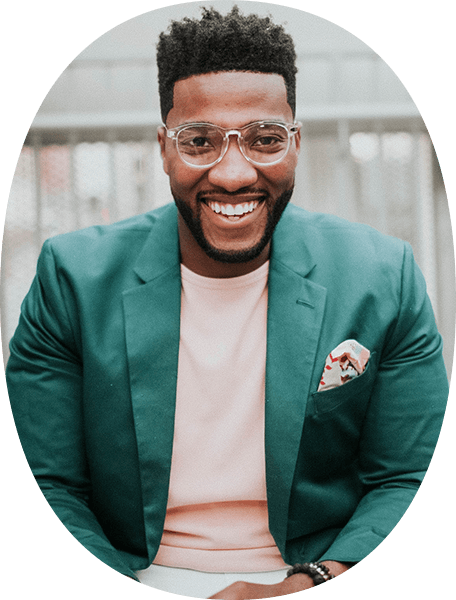 When a social media account tweeted a grainy 10-minute cell phone video from a sermon Todd preached on his experience at Transformation Church back in 2017, the post received over 2 million views in 48 hours. In keeping with Transformation Church’s aspiration to reach their community, city and world in a relevant and progressive way, Todd’s talks are now widely watched on social media, and he has become one of the youngest global Christian voices of this generation. In fact, Todd has five such talks that have each been watched over 1 million times on YouTube alone. Todd is releasing his first book in April 2020, Relationship Goals. 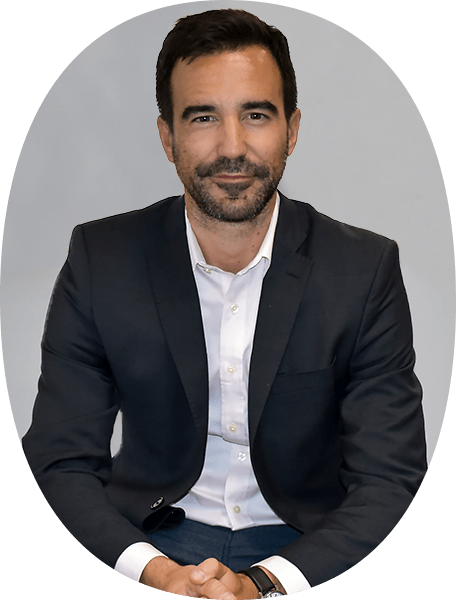 Dr. Tomas Chamorro-Premuzic is an international authority in psychological profiling, talent management, leadership development and people analytics. His work focuses on the creation of science-based tools that improve organizations’ ability to predict performance and people’s ability to understand themselves. He is currently Professor of Business Psychology at University College London and Columbia University as well as the Chief Talent Scientist at Manpower Group, and co-founder of Deeper Signals and META Profiling. Over the past 20 years, he has consulted to a range of clients including JP Morgan, HSBC, Goldman Sachs, Google, BBC, Twitter, P&G, the British Army, United Nations and World Bank. He has received many awards in his field, written 10 books and over 150 scientific papers, making him one of the most prolific social scientists of his generation. 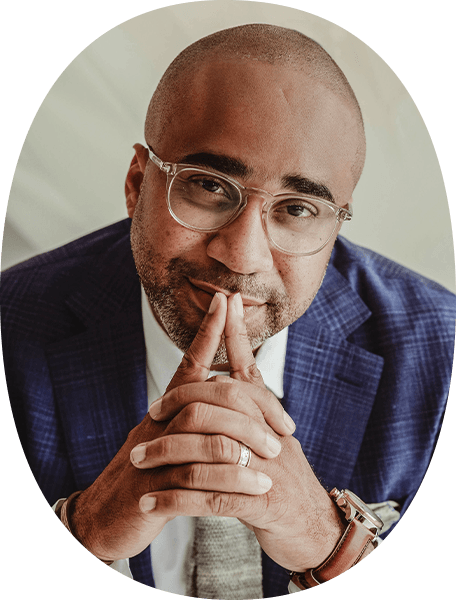 Albert Tate, senior pastor of Fellowship Church, held a variety of strategic pastoral leadership positions before founding the church in 2012—one of the fastest-growing multiethnic churches in the U.S. He also serves on the board of trustees for multiple organizations including Azusa Pacific University, Fuller Youth Institute’s Advisory Council and the Global Leadership Network. A dynamic communicator, this 20-year ministry veteran is known to combine biblical challenge with humor. He is a sought-after guest speaker at universities and churches across the U.S. He was recently published in Letters to a Birmingham Jail: A Response to the Words and Dreams of Dr. Martin Luther King Jr. 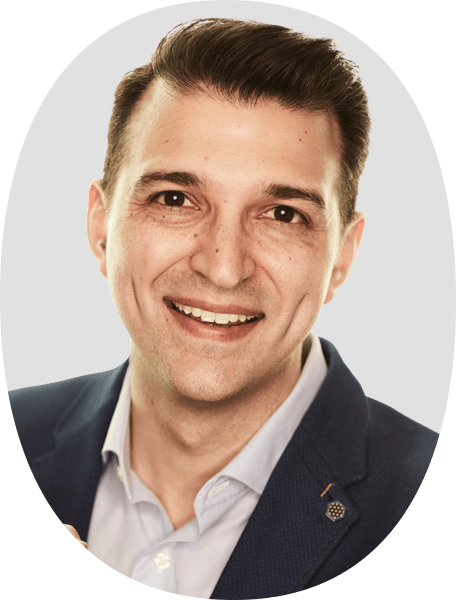 A recognized expert in business strategy and leadership development, Rory Vaden a New York Times Best-Selling author, and Hall of Fame speaker. Rory’s pioneering firm, Brand Builders Group, specializes in helping leaders become more respected, trusted, recognized and influential. His insights have been featured in The Wall Street Journal, Forbes, CNN, Entrepreneur, Inc, on Fox News and he was named as one of the top 100 leadership speakers in the world by Inc. Magazine and Entrepreneur Magazine calls him “One of the world’s leading productivity thinkers.” Rory’s latest book, Procrastinate on Purpose: 5 Permissions to Multiply Your Time. 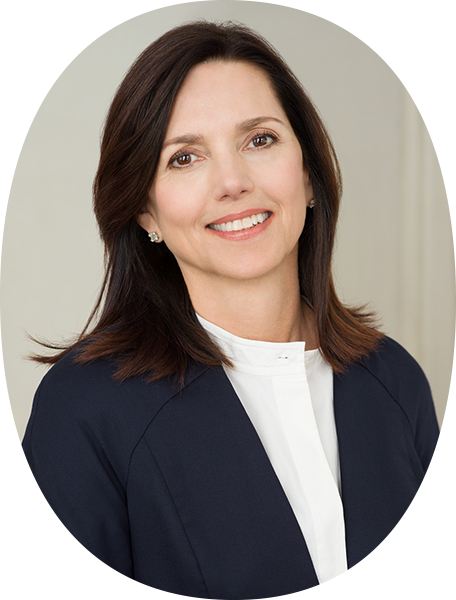 Beth Comstock is the former GE Vice Chair and CMO, where—for two decades—she led efforts to transform a process-heavy culture to a faster, more agile and inventive one. Prior to GE, Beth was President of Integrated Media at NBC Universal, overseeing the company’s digital efforts, including early development of hulu.com. Listed on Forbes’ “100 Most Powerful Women” and PR Week’s “20 Most Influential Communicators,” Beth helps incubate new companies and advises business leaders to accelerate growth and innovation. She is also a Director for Nike, a top-ten LinkedIn influencer and her first book, Imagine it Forward: Courage, Creativity, and the Power of Change, offers lessons from a life of continual transformation that inspire others to embrace our rapidly changing world.