This seminar was offered at the request of diplomats. Ambassadors appreciated the mutual respect evident by these panelists of opposing political views.

”I found the program in its entirety to be fascinating!”

“The webinar was helpful. It gave a great insight on how to better read the election results and background for some of us who are relatively new here in Canada.”

“God’s name be praised from age to eternal age! Wisdom and might are his! God is the one who changes times and eras, who dethrones one king, only to establish another, who grants wisdom to the wise and knowledge to those with insight. God is the one who uncovers what lies deeply hidden; he knows what hides in darkness; light lives with him!” Daniel 2:20-22

33:43 Is there a historical reason or justification for the rural/urban split?

38:37 Do you expect a change in the direction of the Conservative party or do you foresee the more centrist line to remain dominant in a future election campaign? What do you think is the best way for the Conservatives to grow their base of supporters?

44:33 What impact did new immigrants to Canada play in swaying this election?

49:03 Who will form the Opposition in the new Parliament? Can the Opposition parties put pressure on the Government to call a new election in 15 months? What is the glue that will hold the parties together?

53:11 Closing comments and prayer for newly elected Canadian leaders and the leaders of the nations 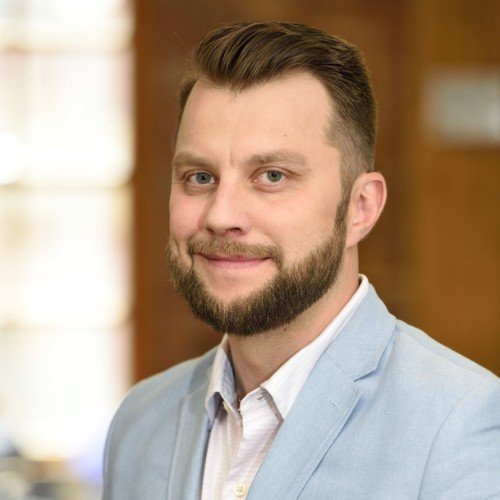 Lucas Malinowski is a Public Affairs professional currently serving as the Director of Government Relations at the Canadian Fuels Association.

With extensive experience in media relations, legislative procedure, events management, as well as strategic and crisis communications, Lucas has served Premiers, Leaders of Her Majesty's Loyal Opposition, Cabinet Ministers and a wide variety of public affairs and communications clients.

During his time with the Government of Ontario, September 2014 to February 2018, Lucas served as Special Advisor to the Government House Leader, Senior Communications Advisor to the Minister for Early Years and Child Care and Director of Communications to the Minister of Environment and Climate Change. In his many roles he provided strategic leadership on a variety of challenging files including introducing carbon pricing through Ontario's cap and trade system, shepherding record amounts of government legislation through parliament, the 2016 Speech from the Throne's commitment to create 100,000 new child care spaces, and major cap and trade funding initiatives.

A native of Burnaby, British Columbia, Lucas holds an Honours degree in Political Science with a Minor in Dialogue Communications from Simon Fraser University.