Global trade and supply chains are in peril. Countries are pursuing protectionism. Is there a resolution? What is a way forward? Dr. Ann Penner discusses these issues and The Honourable Ed Fast, former Minister of International Trade, gives concluding remarks. 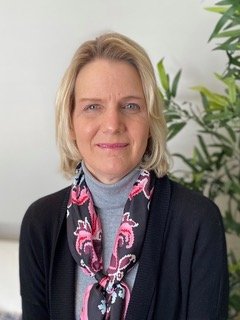 In 1996, Dr. Penner received her PhD from Carleton University in Canadian Politics and Comparative Politics.

From 1996 to 2006, Dr. Penner worked with Agriculture and Agri-Food Canada’s (AAFC) Multilateral Trade Policy Division, as a Trade Policy Analyst, then Senior Trade Policy Analyst and finally as Acting Deputy Director. Her time in the Department gave her hands-on experience in the  development/implementation of trade legislation, regulations and policies at the domestic and international levels.

Between 2013 and 2019, she served as a Permanent Member of the Canadian International Trade Tribunal (CITT) and decided many complex cases in the areas of trade remedies, procurement, customs and excise appeals. In addition to her adjudicative role at the CITT, she took a leadership position in the Tribunal’s internal governance structure as co-chair of the CITT’s Outreach Committee.

In 2019, she founded Three Point Perspectives, a privately owned and operated consulting firm. It provides a wide range of strategic advice and services in the areas of trade policy, trade negotiations and trade law.

She is presently teaching upper-year and graduate level courses in the areas of law, public policy and international trade at two Canadian universities. Read more

Thank you for that kind introduction.

The Christian Embassy has been a good and supportive friend to me, my husband and family for many years.

Both of them are thankful for the prayer support they received, events they attended and fellowship they enjoyed while serving on the Hill.

Our family had the pleasure of welcoming a Colombian ambassador and his family to our home for dinner some years ago.

I have a profound respect for those who dedicate their lives to public service. And to those who support them with prayer. And so it is a great privilege to be with you today.

Our topic today is “Global Trade – Danger Ahead!”

That’s a complicated topic to handle in a few minutes!

But I’ll do my best from my perspective as someone who:

Let me start by setting the context for those of you who aren’t that familiar with our topic.

The Great Depression and WW2 motivated countries to work together to establish global institutions that would promote global peace, security and economic stability.

They had seen the devastating consequences of economic protectionism.

The General Agreement on Tariffs and Trade – the GATT – was one of those institutions.

All Members of the GATT would enjoy certain trading rights provided they also accepted the responsibilities…the obligations…of working side-by-side within the global trading system.

Liberalization became the foundation of trade policies and the watchword for businesses around the world.

The GATT’s trade rules and obligations intensified, culminating in the creation of the World Trade Organization (the WTO) in 1995.

These agreements also helped countries tackle how trade could address:

In short, liberalization encouraged countries to work together to promote global security and economic prosperity.

The global trading system worked because countries held a common sense of purpose and resolve.

That resolve, however, started to weaken in the early 2000s.

The rise of populism and the financial crisis of 2008 caused cracks to emerge.

Countries allowed protectionist sentiments to overtake the centrality of liberalization in their economic and trade policy frameworks.

In some cases, this happened overtly and abruptly.

In others, subtly and almost imperceptibly.

The result, however, was…is…the same.

The foundation of the global trading system – liberalization – has been endangered as barriers to the free flow of goods and services have been put in place.

The overt and abrupt examples are obvious.

The subtle examples, while not as obvious on their face, are equally concerning.

Consider the issue of “Buy Local.”

Many countries, including Canada, gear their trade policies toward reducing trade deficits by increasing export volumes relative to import ones.

To be sure, “Buy Local” policies have their merits.

As such, it has significant implications for businesses and consumers alike.

Buy America threatens to exclude Canadian businesses from hundreds of millions of dollars-worth of American infrastructure projects even though many Canadians:

So now what? Is the global trading system in danger?

Do we just throw our hands up in despair?

The answer is no…

No, in that producers and manufacturers have the necessary frameworks to succeed given the web of bilateral, regional and multilateral free trade agreements presently in place.

No, in that countries, including the new Biden Administration, are talking about how they can deal with the WTO’s systemic challenges and hopefully get it back on track.

And no in the sense of the challenges facing Canada.

But…and this is a big but…the global trading system will be in real danger should all countries, Canada included, not remember why they committed to trade liberalization in the first place.

How it has provided a solid framework of mutually beneficial rules and obligations;

How it has committed all countries – big and small – to take the necessary steps towards achieving economic prosperity in developing and emerging economies.

So now what? How can countries begin to solve the problems facing global trade?

As trite as it might sound, countries need to reaffirm the importance of working together within trade institutions for the sake of their collective security and prosperity.

Evidence confirms that international trade agreements work…but only when their members remain fully committed to their provisions.

This can’t happen when governments and businesses pursue their own interests at the expense of everyone else’s.

But can that actually happen in the real world?

Yes, I do believe it can happen.

But it means we need to drill down deeper than just looking for solutions on a country-by-country basis.

What do I mean by that?

As a trade adjudicator, I experienced how trade disputes began when a business or producer ran into difficulties because of the manner in which trade rules were either:

The way I typically characterize that fact is that trade disputes start at home.

And so I would suggest that we need to consider global trading problems at the level of an individual for a moment.

Just as the problems facing the global trading system are caused by protectionism…which, in turn, is caused when countries pursue their interests, so too are the problems that we as individuals face when we pursue our own selfish ambitions or ego-centric preoccupations.

Humility requires us to look at what others need and how we can and should help them meet those needs.

Without humility, security, peace and trust fall to the way-side as faith in relationships erodes – on personal, business, political and diplomatic relationships, all.

Easter reminds us how Jesus humbled himself by putting aside his own interests to die on a Roman cross for you and for me.

He declared that he came to serve and to give his life as a ransom for many.

He sacrificed himself for my sin and yours.

He solved the problem that we could never solve, no matter how much we wanted to or how hard we tried.

By extending us forgiveness, He offers us everlasting life, instead of eternal death and separation from a loving and holy God.

The Bible assures us that to receive the gift of forgiveness, all we need to do is ask…to acknowledge, by faith, that Jesus died for our sins on the cross.

When we do that, the Bible promises that we will be at peace with God.

If and when we do that, the Bible says that we will be transformed.

This process will then unfold over the course of our lives. It will cause us to gradually see that everything…who we are, what we have, what we do – individually and professionally…everything belongs to him.

Consider what Abraham Kuyper, Prime Minister of the Netherlands between 1901-1905, once said:

As we accept this truth, our work as diplomats, Parliamentarians, business leaders will enable us to practically begin addressing the problems facing our world.

A humble mindset will help us recognize that we must cede some of our own sovereignty for a bigger purpose.

A humble mindset will enable us to begin putting the interests of others on par with, or even ahead of our own – on a personal, commercial, political and dare I say it, national and international level too.

We will choose to honour our commitments instead of just insisting on our rights.

Think of what our world might look like should we, as political, diplomatic and business leaders live this way?

And so, I sincerely submit to you, that the most basic…yet profound…answer to our global trading problems is humility.

Let me leave you with this.

Konrad Adenauer was the Chancellor of West Germany from 1949-1963.

“The resurrection of Jesus Christ is the most important thing there is. If Jesus Christ is alive, there is hope for the world. If he is still in the grave, then I don’t see the slightest glimmer of hope.”

The Easter story declares the fact that Jesus Christ is alive. He is risen indeed.

Jesus brought hope to the world through his willingness to serve us in profound humility by dying in our place on the cross.

He offers that hope to us, as individuals. We can therefore offer it within our communities, countries and yes, our global trading system too.