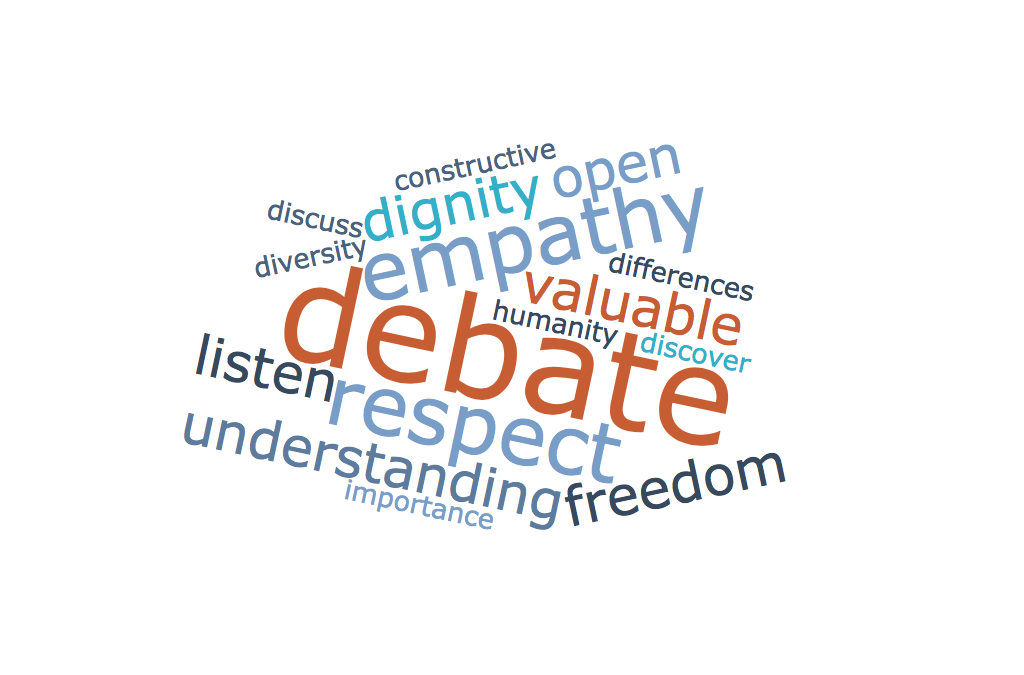 “Debate without Hate: discussing our differences while valuing each other” with Abdu Murray

Our world seems increasingly divided over politics, social issues and religion. As emotions run high, people make hostile and insulting statements about “the other side.” In the process, much anger is generated with very little understanding. The issues are forgotten and people are devalued.

Is there a way out of this cycle of anger? Abdu Murray speaks on how we can respectfully discuss our deepest differences by rediscovering the source of human dignity and interacts with diplomats, parliamentarians and business leaders at a plated networking luncheon. Mr. Abdu Murray is a renowned international speaker and is the author of two books, including his latest, Grand Central Question – Answering the Critical Concerns of the Major Worldviews.

Abdu has spoken to diverse international audiences and has participated in debates and dialogues across the globe. He has appeared as a guest on numerous radio and televisions programs all over the world.

Abdu lives in the Detroit, Michigan area with his wife and their three children.

I think the reason why we see such animosity in the world today is because we’ve lost that sense that every individual, despite their differences, has an inherent dignity and worth, even if they disagree with us sharply.

We have to engage in discussions that allow someone to say some things we don’t agree with…but saying that, ideas are not all equal…but that people who have them are created equal.

We as human beings ourselves have to take this idea in and ask ourselves, “Do I treat other human beings with the dignity as if I believed they were created with God’s fingerprints all over them?”

What I’m saying is we as human beings ourselves have to take this idea in and ask ourselves, “Do I treat other human beings with the dignity as if I believed they were created with God’s fingerprints all over them?” So the Golden Rule has many forms, as I began. “Do unto others so that they will do unto you”, “Don’t do unto others so that they won’t harm you”, and all these things. But in many of these ways, these other variations of the Golden Rule, as valuable as they are, are self-defensive. Don’t do things bad to people so that they won’t hurt you. Or do things to people so that they will repay you with goodness. Those are either self-defensive, or self-seeking. If I can be so bold as to tell you that the way Jesus actually formulates it when he says, “Do unto others as you would have them do unto you,” doesn’t guarantee that they will do good things unto you. It’s a great risk. He says do unto others in a good way, even if they never treat you well, because that changes hearts and minds. When Christians were fed to the lions in the Coliseum, Christ and Caesar had met in the arena and Christ still won [?]. That message of the Golden Rule has been cracked. It has been cracked. We need to restore it. We need to bring it back. There are some bad ideas out there. We have to engage with each other on whether or not there are good ideas to be had. We need to do that though, with the dignity and respect that human beings deserve. Because not all ideas are equal, but everyone who has those ideas is created equal. That seems to be something to do that’s more and more difficult in our day. That’s why it’s all the more important that we do it, and we do it now. Thank you for the honor of speaking before you. Thank you for gathering together in this wonderful meeting. I see the diversity here. It’s like looking at a beautiful spice rack; everyone is flavoured differently. That’s my hope that we come together and talk about these things in a way that brings true flavour, and an aroma that is pleasing to the world. We need it. We need you. Thank so much for giving me hearing. God bless you all. © 2017 Abdu Murray