The Goal of My Life – Mr. Paul Henderson

The Goal of My Life

In 1972 Paul Henderson led Canada to victory against the Russians in the greatest moment of Canadian sports history. An instant national hero, Paul then began the search for contentment in the wake of success.

How did this change his life? Did it bring him what he imagined?

And what about his 10 year battle with cancer? What has he found in the wake of fame, struggle and success? 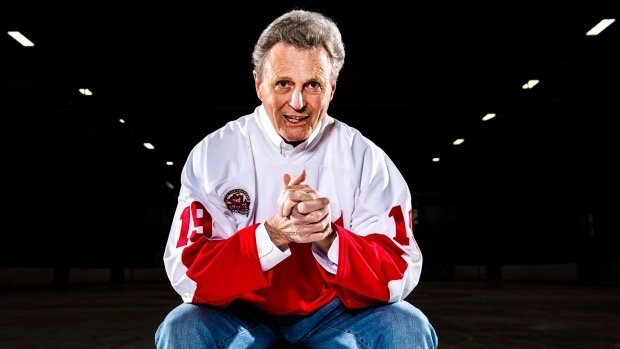 Paul Henderson was born on a sleigh in the middle of a snowstorm near Kincardine, Ontario.

He is married to Eleanor, his high school sweetheart, and they have three married daughters, seven grandchildren and five great grandchildren.

Paul began his hockey career in Lucknow, Ontario progressing to Junior “A” with the Hamilton Red Wings. After winning the Memorial Cup in 1962 he moved to the N.H.L.

Paul played 18 years of professional hockey with the Detroit Red Wings, Toronto Maple Leafs, and Atlanta Flames including 5 years in the World Hockey Association. As a professional, he scored 376 goals and added 384 assists.

History will remember Paul for the first Canada-Russia Hockey series in 1972, when Canada needed a victory in each of the last three games to win the series. Incredibly, Paul scored the winning goal in each of the three games. The goal in the last game was declared the greatest sports moment in the last century and Team Canada ‘72 was voted the Team of the Century.

Paul is a member of several Sports Halls of Fame including Canada’s Sports Hall of Fame.

He has recently been honoured with the following awards:

He has co-authored several books, the most recent being, How Hockey Explains Canada and his autobiography, The Goal of my Life which was released on September 11, 2012.

As a motivational speaker he has addressed many of Canada’s major corporations.

Paul and his wife Eleanor speak at marriage conferences and he speaks widely in the Christian community.

Paul is active in the community, being involved with such organizations as Muskoka Woods Sports Camp, Teen Ranch and an ambassador for Smilezone.

Paul currently works with Leaderimpact group where he has been developing men for leadership since 1984.

Paul is an avid reader, loves golf and tennis.